Any models or textures seen on this website are created by Mladen Bošnjak and are not authorized for posting on Steam, except under the Steam account named MLX.

Hello, I'm Mladen Bošnjak. I created SickBrick and made all of its models, textures, story, animation and maps. Ron "Maxwolf" McDowell did the programming.
We published SickBrick on Steam in January 2015. Maxwolf signed the agreements with Valve and the money goes through him first since he is in Canada and I'm in Croatia and it's a lot easier for him to set up payments, taxes and so on.

In December 2016 Maxwolf removed my access from SickBrick on Steamworks, so I can't see the revenue, generate keys or do anything related to SickBrick. He also stopped sending me my cut of the money earned from SickBrick and is not replying to any emails.
Valve says they have no way to verify I'm the developer of the game, so I'm asking you, the lovely people of the internet, for help.
If you can help me in any way, please send me an email to mladensickbrick@gmail.com

In an attempt to get Maxwolf talking and to convince Valve I'm the principal developer of SickBrick, I wrote an open letter in which I explain the events that transpired leading to me being stripped of my game and the revenue earned for it on Steam and other places.
You can read that letter here.

SickBrick is OUT NOW ON STEAM!

SickBrick has just been released on Steam!

The steam version has been reworked and upgraded from the ground up for you to have the best experience!

Check out the launch trailer:


Here's a few new things to expect in the Steam release of SickBrick:

Our very own rocking SickBrick just got greenlit for a Steam release!

SickBrick just got greenlit for a Steam release. We will be integrating Steamworks completely which means stats, achievements, steam overlay, trading cards, the whole nine yards. We love steam and feel honored to have our first game finally up there.

Of course we couldn't have done it without you, the fans. We'd like to thank you all for playing SickBrick on Desura, voting on greenlight, commenting on the game, finding bugs and everything else you've done to get us here.

Holidays sale, SickBrick is 70% off!

Greets people! We're celebrating the holidays with a giant discount. SickBrick is 1.49$ for a limited time! That's a 70% discount!

Get it on Desura:

The second (and last) update in our series of news regarding SickBrick's new MegaPatch is about new posteffects inside the game.

You have probably seen effects like these in games built on modern engines like UE3 and CryEngine.
Well NeoAxis is catching up with those big fish by way of adding new eye candy for us developers to work with.

The first posteffect we are going to show you is Depth Of Field.

DOF works by shooting a ray into the object you are pointing your cursor at and making that area sharp while blurring everything else around it (in a subtle way of course) thus simulating human eyes or camera lenses.

Here's an in-engine image to show you what I'm rambling about: 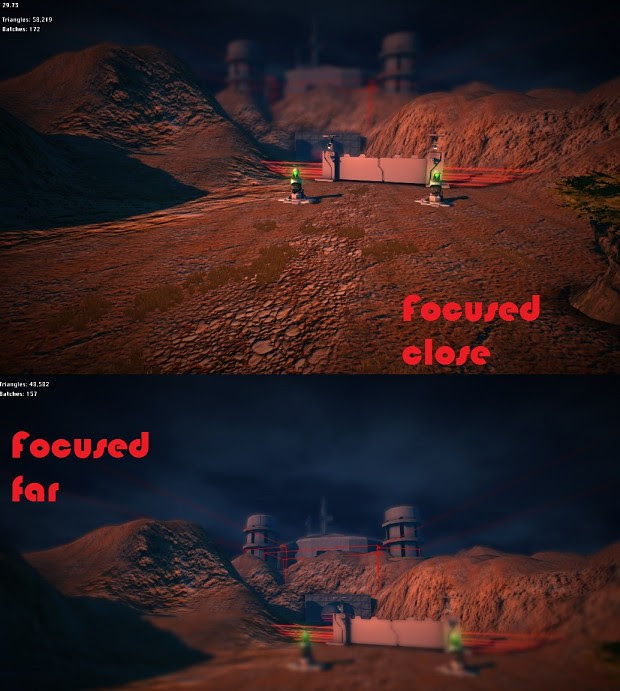 *DOF effect intensified for clearer understanding, in-game it will be more subtle

After DOF we have Light Scattering or God Rays.

This effects simulates the rays a strong light creates when behind an object. It works by zooming in the objects in front of the light and blurring them multiple times to get the wanted effect.
Sadly, you will not see a lot of these in SickBrick since it only has 4 outdoors maps. But maybe you'll probably get a lot more chances in our new game ;) 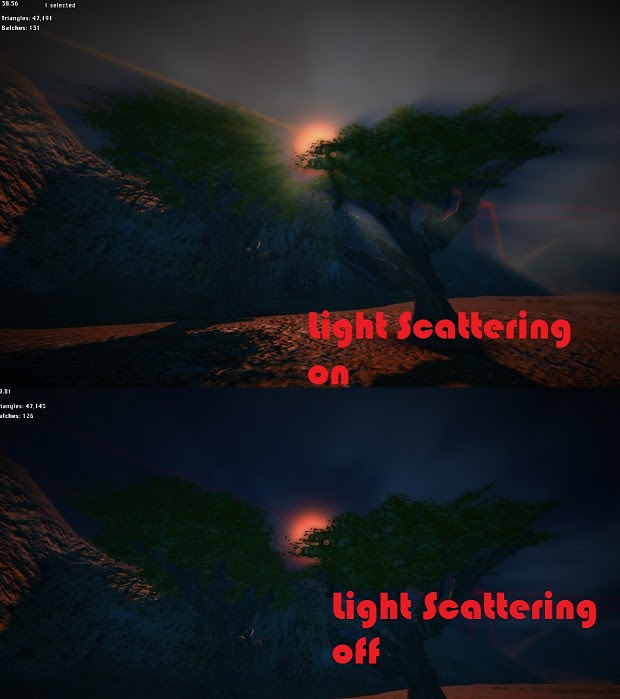 Next up is SSAO which creates subtle shadows around close objects: 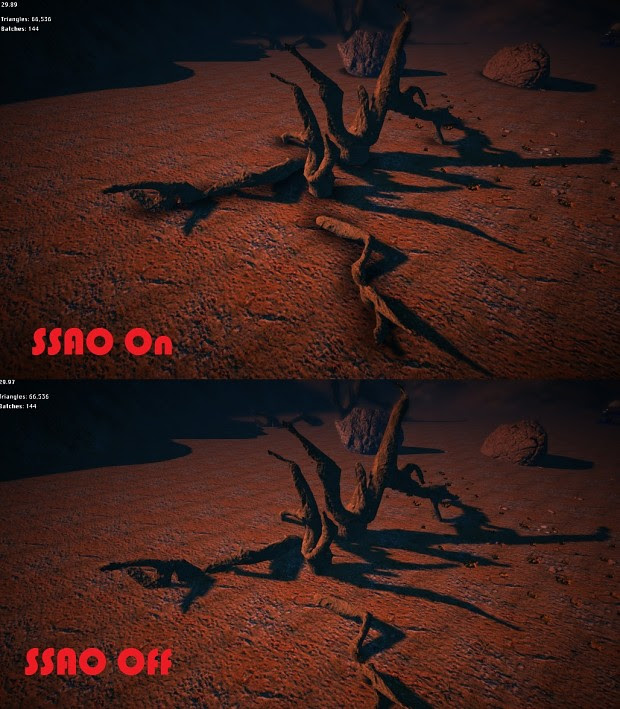 FXAA which is pretty self-explanatory (better than other AA techniques because it uses less processing power):

The last effect is a subtle but constant one: Vignetting
Used in most today's games, it makes a very subtle dark frame around the corners of the game's screen to give it a more movie-like feel. 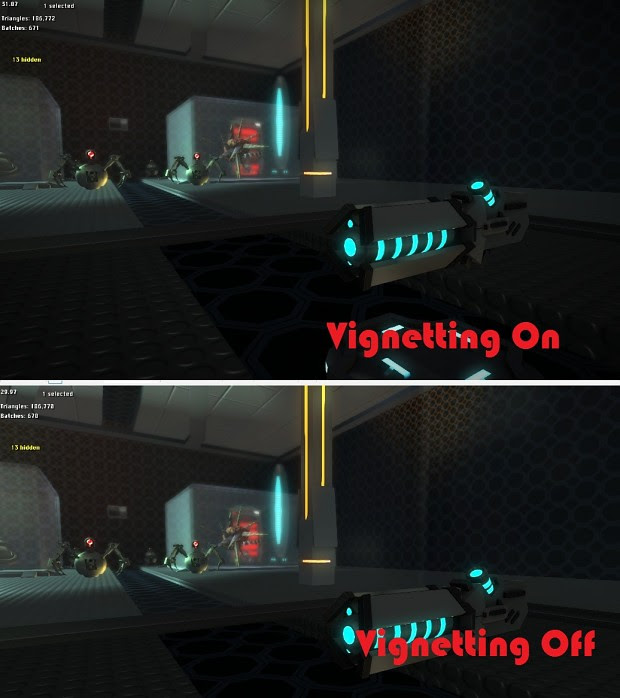 SickBrick is going to be updated very soon with it's new MegaPatch(TM)* bringing you a slew of improvements and bug fixes.
To see the previous update click here. To check out our new game in development "Project Lighthouse" click here.
*not really a trademark at all